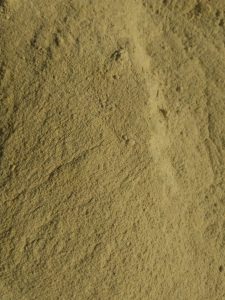 Sceletium elevates mood and decreases anxiety, stress and tension. It also helps with post-traumatic stress disorder, social phobia, irritability and can boost libido. Sceletium tortuosum has been used by hunter-gatherers and shepherds as a mood-enhancing substance for hundreds of years and is far more effective and rapidly acting than the well-known St John’s Wort.

It lessens anxiety, stress and tension, raises spirits and enhances the sense of connection. If you take a very large dose you may even feel euphoric, then taken over by a sense of drowsiness. Sceletium does not cause hallucinations.

Your mood and mental performance depend on a variety of nutrients that feed the brain, nervous system and neurotransmitters. Sceletium include vitamins B3, B6, folic acid (folate), B12 and C, zinc, magnesium, essential fatty acids, and the amino acids, tryptophan and tyrosine.

Research has found that a lot of people with psychiatric disorders, including depression, were deficient in the B vitamin folate.
A government dietary surveys also shows that a large portion of the population don’t receive the bare minimum amount recommended of these vitamins and minerals in their daily diet and that this is one of the reasons why depression is on the increase.A link between depression, insomnia, anxiety, suicide, migraines, PMS, obsessive/compulsive behavior, stress, obesity and addiction is a low level of serotonin.

What Is Serotonin and How Does It Work
Serotonin is a chemical neurotransmitter, a chemical in the nervous system that helps transmit messages along the nervous system.Serotonin is considered the ‘mood neurotransmitter’, which keeps us emotionally, and socially stable. Our body naturally produces serotonin from the essential amino acid tryptophan, which is found in protein-containing foods.Researchers have found that when they take recovered depressed patients and deprive them of tryptophan, their depression returns. In general, giving tryptophan to depressed people has been beneficial. Some types of depression are called Serotonin Depression because people affected by imbalances in serotonin levels.Serotonin depression symptoms can affect depressive disorders, bipolar disorders, anxiety and eating disorders. Women seem to have more problems than men in maintaining their serotonin levels. Women who are low in serotonin are likelier to express their anger inwardly, with depression and even suicidal behaviour.Men who are low in serotonin are often violent and can even engage in dangerous criminal acts. Alcohol and drug abusers also turn out to be low in serotonin. The good news is that you can successfully correct these imbalances with supplements that raise serotonin.

Supplementing an amino acid called 5-hydroxytryptophan (5-htp), which is one step closer than trytophan to serotonin, has been shown to produce even better mood-enhancing results. 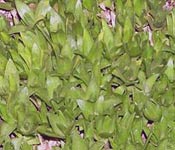 How does Sceletium Work?
The mood-elevating action of sceletium is caused by a number of alkaloids including mesembrine, mesembrenol and tortuosamine which interact with the brain’s dopamine and serotonin receptors. Sceletium also contains many nutrients, including minerals and amino acids.According to laboratory studies sponsored by the National Institute of Mental Health near Washington DC, its major alkaloid, mesembrine, promotes serotonin levels.It also appears to have a harmonising and balancing effect on the other feel-good neurotransmitters, dopamine and noradrenalin, as well as on adrenalin.An effective dose is 50mg a day, although some doctors report needing to use 100 to 200mg a day for those with chronic depression or anxiety.

More Information on the Selectium plant:
Sceletium Tortuosum is a small groundcover plant native to Southern Africa. For hundreds of years the Hottentots of Southern Africa used Sceletium tortuosum as a mood enhancer, relaxant and empathogen. It is also known as Kanna or Kauwgoed, Kougoed and Canna.Historically Sceletium Tortuosum was eaten/chewed, smoked or used as snuff producing euphoria and alertness which gently fades into relaxation. If chewed in sufficient quantity, Sceletium has a mild anaesthetic effect in the mouth, much like kava. A tea made from Sceletium is sometimes used to wean alcoholics off alcohol.Although the plant has been used for thousands of years in Africa, it is only now being sought by the West for its remarkable capacities to uplift the mood, increase energy levels and concentration spans. Sceletium is also being used as a natural anti-depressant that is safer than the pharmaceutical alternatives.Kanna (sceletium) is used to re-balance the brain and nervous system and thereby relieve symptoms of depression. Combined with other well known herbs, sceletium has been proven to be extremely effective and safe.

Contra-Indications:
There have been no confirmed reports of drug interactions, however, because of the nero-receptor activities of Sceletium there may be interactions with other pharmacokinetic drugs.People taking any psychiatric drug (including all anti-anxiety drugs, sedatives, hypnotics, antidepressants and anti-psychotics and so-called designer or recreational drugs) or any cardiac medications, should not to take Sceletium-containing products.As with most supplements and modern drugs, safety in pregnancy has not been established.